WHAT KEEPS MOST OF US HUDDLED AROUND THE FIRE OF FAMILIARITY? PART ONE 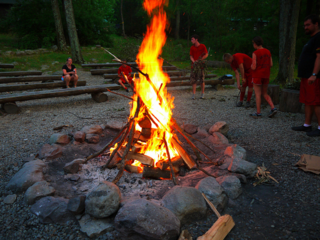 Its warmth and light; staving off the unknown darkness in the chaotic world.

Don’t get me wrong, familiarity is, in the end, a good thing, but if you remove all the unknowns in life, well too much of a good thing can even lead to homicide.

It’s Spring and I’m looking forward to the return of the hummingbirds.  It’s amazing to watch them seemingly float as they sip nectar from the feeder attached to the deck.  But watch out if an interloper arrives trying to steal some sugar from someone else’s territory.  they fight furiously; dive bombing each other into submission.  It seems they don't like sharing.

Growing used to your partner's differences isn't the same thing as being accepting of them.  Compatibility is about the level of meaningful differences between the two of you.  And for a lot of reasons, you will almost always find some incompatibilities between you and your partner.  The problem occurs when you “put up with” rather than "accept" your partner’s behavior. 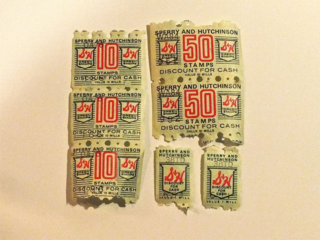 As I was growing up, you would get something called S&H Green Stamps when buying food at grocery stores and when filling up at gas stations.  These stamps would have a numerical value on them which you would then lick and place in books.  When you had enough books saved up, you could then go through a catalog they had available and pick items you'd want based on how many books you had to redeem.

Putting up with differences that really matter in your partner is a lot like redeeming S&H Green Stamps.  When you feel you've put up with enough, you feel you've earned the right to "let them have it!".  The problem with that, of course, is that the intensity at which you express your displeasure is based on how much you've saved up and not in proportion to the last situation that triggered your outburst.  You look crazy or at least unreasonable and things get worse.

“Do we really want to be rid of our resentments, our anger, our fear? Many of us cling to our fears, doubts, self-loathing or hatred because there is a certain distorted security in familiar pain. It seems safer to embrace what we know than to let go of it for fear of the unknown."
(Narcotics Anonymous Book/page 33)
― Narcotics Anonymous

In what ways do you hold on to the unhealthy familiar?  How have you been successful in letting go?

Darren W. Love
Get My Free Newsletter!
WANT TO GROW? Sign-up for My Email Updates Designed for You.