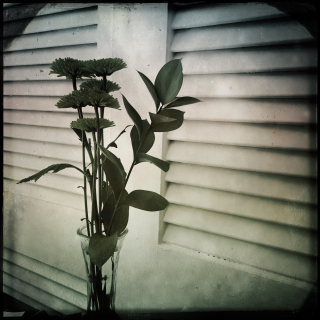 When you can't stand something about your partner it's more than what they do, it's something about them.  Yes, it's their actions that drive you crazy, but their actions that are driven by their core personality traits are the challenge.  If someone is doing something that's upsetting or emotionally painful it's reasonable that you ask them to stop or modify their behavior. And when they do the problem is solved or at least reduced.

That's not the kind of problem were looking at here. Here the problem isn't some easily modified behavior like picking up his socks and putting them in the clothes hamper.  It actually has something more to do with behaviors arising out of a deep-seated personality quality or trait. And the more you try to change it the more he will resist you in that change. It's human nature; you have patterns of behavior that are set and have become routine and it will be darn near impossible to alter those patterns without being internally motivated as opposed to being externally motivated (i.e. you) to change them.

In fact, the more you try dragging him away from his routines (the behavior that's upsetting you) he's going to push back, and by digging in his heals, he's actually getting more stuck in those patterns.  Andrew Christensen Ph.D. and Neil S. Jacobson Ph.D. call this the polarization process. The more you push for change the more he does what you are trying to get him to stop.  You get stuck and you can't stop-either of you.  Because he is most likely doing the exact same thing to you.  Yeah, you also are doing something he can't stand. Each trying to get the other to stop.

Now for a little humor break:

Instead be willing to step back and begin to find ways of understanding how he came to be the way he is (and how you became the way you are). You're switching from Change to Acceptance as a strategy.  Change can come, but later. Now can be the time to find ways to accept who your partner is and not what they're doing.

First, physical and emotional abuse, violence, threats, intimidation, or anything designed to control or subjugate another person is not acceptable or to be tolerated. If that is happening, get help -- now.

Third, You both could be so afraid of finding out you can't accept each other that you both retreat and agree to be miserable instead of ending the relationship. Life is full of uncertainties and the misery you know may end up preferable to the unknown misery you may encounter.

Understanding creates, tolerance, patience, and acceptance.  Learning how your partner adapted to his parents parenting and his childhood environment, who his parents were as individuals and their oun life story, and what his style of communication is helps you to understand how he's gotten to be who he is. You begin to accept he came to his penny-pinching ways or total disinterest in schedules honestly.  That his silence isn't a refection of you but a true reflection of him.  This doesn't meant it won't hurt anymore.  No, it's still upsetting and hurtful, it just has a reason behind it now which might allow you to find some level of acceptance or at least tolerance to it.

Empathy.  Achieving a level of empathy for your partner may allow you to tell him how how his actions effect you in hurtful ways without blame or accusations.  This may allow him to hear, maybe for the first time, how he is effecting you without being so defensive.  In time, if you both practice this empathic process, you may see your partner's experience and own suffering ans not so much as the cause of your suffering, but just a part of your couplehood together.  Something that must be shared and endured to together rather than a deficit of your partner's that must be corrected.

This can be hard or it may happen simply.  Couples caught in the trap of polarization often need help to find ways to become empathic to their partner's suffering and to find ways of softly sharing their pain without getting their partner defensive. Couples therapy may be the quickest way forward if the pain seems to great.

Check out Reconcilable Differences for a whole lot more. 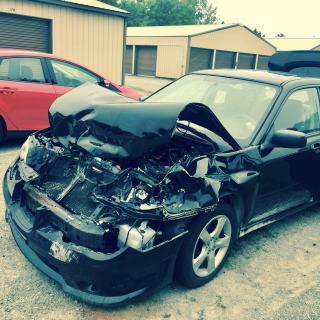 You think to your self, "Why didn't I catch this before I fell for this guy?"  Well, yeah that's a good question. I can't help you with that.  Okay if you really want to go there.

The Development of Incompatibility between Partners

Feel better? No, I didn't think so, we'll just have to figure this out. Look, usually you just sigh and find ways to accept differences.  Except when you can't.

Now those are differences that make a difference because the cause real pain. Change may be needed, and this has nothing to do with abuse -- there's never a reason to accept abuse.  But barring abuse, start to see who that person really is and drop, just  bit, the accusations and labeling those differences as deficits; the frustrations that come from what you really want them to be instead of who they are.  Could it be the relationship deal breaker?  Maybe, and that can scare the crap out of you and maybe you'll want to just forget the whole thing.  Don't, dropping your illusions may lead you to real acceptance.

Oh, yeah I forgot to tell you, this part was not about you changing them; more like changing your perceptions about them, ouch. Look, if it makes you feel any better, I'm telling him the exact same thing.

Hey check out Reconcilable Differences for a whole lot more.

Darren W. Love
Get My Free Newsletter!
WANT TO GROW? Sign-up for My Email Updates Designed for You.